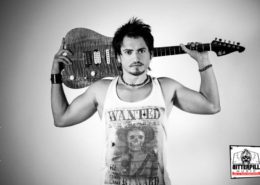 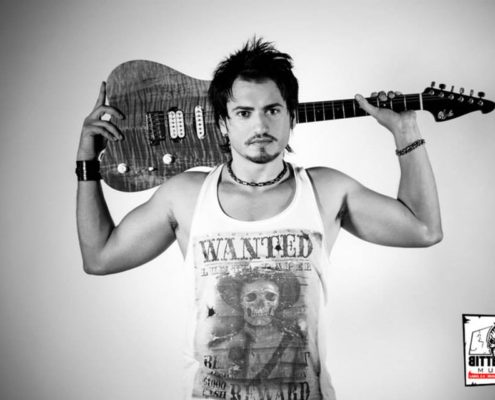 My first approach to the electric guitar dates back to when I was 16 years old, when I started playing the instrument by myself.
Meanwhile, thanks also to my university computer studies with a path targeted to the processing of numerical signal, I approached electronic music, while learning using the most common software for Mac and Windows (Cubase, Logic, Propellerhead Reason, etc.). This way, I was able to get my hands on the top home recording techniques, with a particular fondness for the digital instrumentation. Meanwhile, I had the opportunity to deepen my live experiences with the experimental industrial metal band “Dante’s Inferno”.
A few years later, the desire to further deepen the study of the instrument led me to the studying courses of the Rock Guitar Academy (http://www.rockguitaracademy.com/) of Donato Begotti, under his personal guidance, attending his most prestigious course, Master in Rock Guitar, until the fourth and final year.
In this incredibly formative period, in which I had necessarily left the live activity in the background, I was able to greatly expand my repertoire and my knowledge in 360°, having the opportunity to attend workshops and to study with some of the best Italian guitarists including Claudio Bazzari, Tony Cordaro and Roberto Fazari.
Since summer of 2010, I participate actively in the Eddie Lang Jazz Festival, where I have the opportunity to participate in jam and reach perfection with internationally known musicians such as Daniele Gottardo, William Stravato, Greg Howe and Guthrie Govan.
The urgent need to deepen an original and more personal repertoire and to resume the live activity pushes me to leave the RGA academy in 2012, while continuing my studies privately with Fabrizio “Bicio” Leo.
From 2013, I become an endorser of craft picks Essetipicks.
In 2015, I realized a teaching method called “Insane 20 Metal Licks” that will be published soon at the site of David Walliman, GuitarPlayback.com.
In addition to devote myself to teaching and to various collaborations, now I play with the band AOR “Zaneta” under Lions Pride Music label. 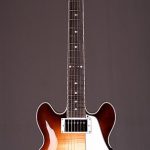 Viola 33Mini HGGS
Al fine di fornire la migliore esperienza online questo sito utilizza i cookies. Utilizzando il nostro sito, l'utente accetta il nostro utilizzo da parte dei cookie.
We use cookies to ensure that we give you the best experience on our website. If you continue to use this site we will assume that you are happy with it.Ok
Scroll to top